On 23 October 2017, the John Smith Centre was delighted to co-host the latest Employability Speaker Series event hosted by board member and Honorary Professor David Muir at the University of Glasgow.

David – a Glasgow Alumnus and former Director of Political Strategy to Gordon Brown – has arranged for a number of high-profile speakers to visit the university since 2012, including Joel Beneson (Hillary Clinton’s Strategic Consultant) and Gary Gibbon (Political Editor for Channel 4 News).

This year, David invited two senior figures from President Obama’s administration – Elizabeth M. Allen and Wally Adeyemo – to visit the university and to meet with staff and students over a three-day programme of events. Liz Allen was Deputy Communications Director and Deputy Personal Assistant to President Obama and also held a series of roles at the U.S. State Department and in the office of Vice-President Joe Biden. Wally Adeyemo served as the Deputy National Security Advisor for International Economics and Deputy Director of the National Economic Council, serving as President Obama’s senior international economic advisor.

During their visit to the university, David, Liz and Wally attended a number of events with postgraduate students and hosted seminars for those on the MSC International Relations and MSC Political Communications courses. On Tuesday morning, the annual David Muir ‘in conversation with’ event was hosted in the Senate Room and was open to all students and staff. Here, the audience was given the opportunity to ask Liz and Wally about their time working in the White House and about their views on some of the most important contemporary political and economic issues – including Brexit, climate change, the use of social media in election campaigns, international economic relations and global security.

On Tuesday evening David and Liz attended a dinner hosted in their honour by Anne Anderson, Vice-Principal and Head of the College of Social Sciences, at the Principal’s lodging. The dinner was also attended by staff, students and Catherine Smith QC, Chair of the John Smith Centre.

Following the huge success of this year’s event, the John Smith Centre looks forward to welcoming David back to the University in 2018 for the next event in the series. 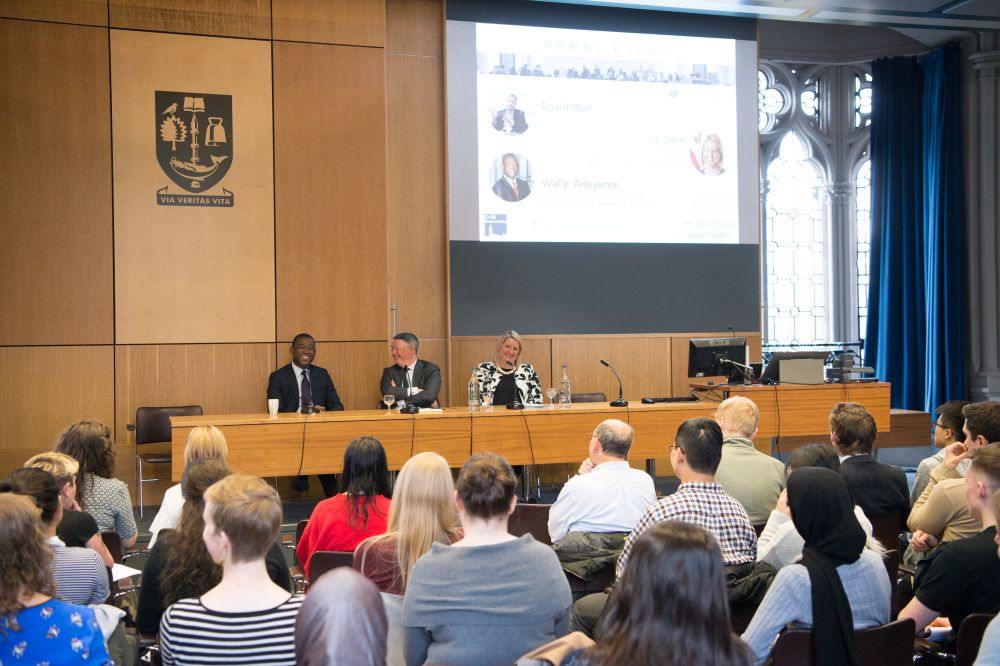