The John Smith Centre was proud nominate three young people to take part in the Opening Ceremony of the Scottish Parliament on 2 October. 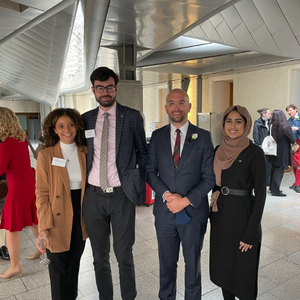 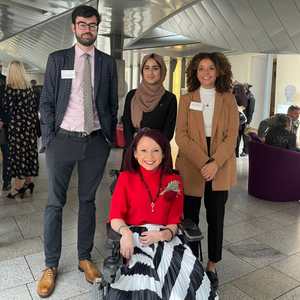 Our Parliamentary Interns then observed Her Majesty The Queen’s address to Members of the Scottish Parliament and their guests. The Queen was accompanied by Their Royal Highnesses The Duke and Duchess of Rothesay.

Sholen, John and Mehnaz, alongside the other young people representing youth organisations from across Scotland and the Royal Company of Archers then formed a Guard of Honour for The Queen’s and The Duke and Duchess of Rothesay’s departure. 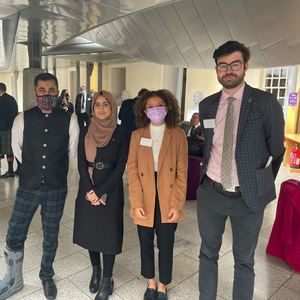 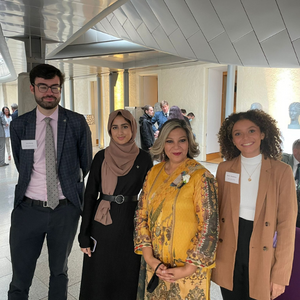 Following this all the young people joined Members, Local Heroes and guests at a lunch reception hosted by the Presiding Officer across the parliamentary campus where they met the First Minister Nicola Sturgeon, the Health Secretary Humza Yousaf and other MSPs taking part in the Parliamentary Internship Programme.

John Fleming said: “Attending the sixth opening ceremony of the Scottish Parliament was an unforgettable experience.

“Although I have visited the building before, what made this time so special was the people I met. It was great to be able to finally see my host MSP in person, and it was really eye opening getting to speak to other members of the parliament.

“Despite the complimentary breakfast, the highlight of the day for me was getting to see the Queen in person, and I felt extremely privileged to stand with my fellow John Smith Centre interns to form an honour guard for the Queen exiting the parliament.

“Overall it was a brilliant day, thank you for this opportunity!”