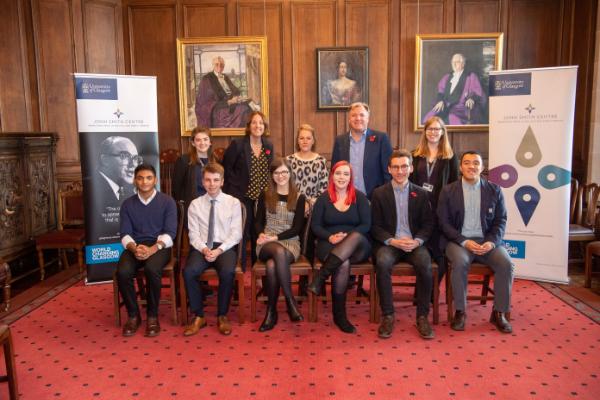 On Thursday 7th October, former Shadow Chancellor and John Smith Centre Board Member the Rt. Hon Ed Balls gave a careers and employability talk to students at the University of Glasgow.

In a wide-ranging discussion, chaired by John Smith Centre Director Kezia Dugdale, Ed shared his career journey with students, from his first graduate job as a journalist with the Financial Times, up to his current role as a broadcaster and writer. Ed also took questions from students, offering advice on breaking into politics and the media.

Prior to the careers talk, Ed attended a networking session with present and past John Smith Centre Parliamentary Interns and John Smith Public Service Awardees. This session gave interns an invaluable opportunity to network and build links with each other, and with John Smith Centre staff and board members, including Ed, Kezia, and Centre Chair, Catherine Smith. 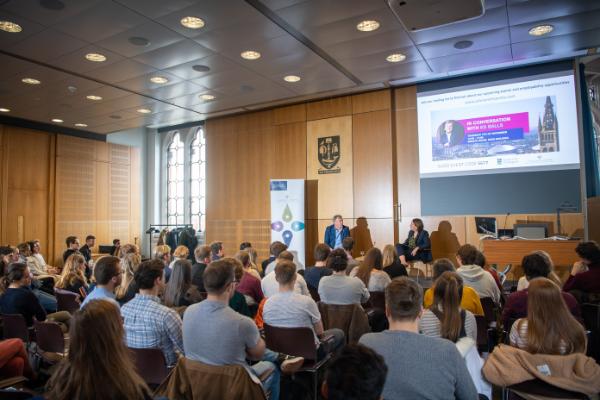