The John Smith Centre Board oversees the conduct, leadership and management of the Centre and includes members of the Smith family, University of Glasgow alumni, public service practitioners and academic staff.

The Board sets the priorities; benchmarks best practice; and reviews performance to enable the Centre to achieve its aim to promote trust in politics and public service and to empower and attract more people to contribute to public life.

Our current Board members are: 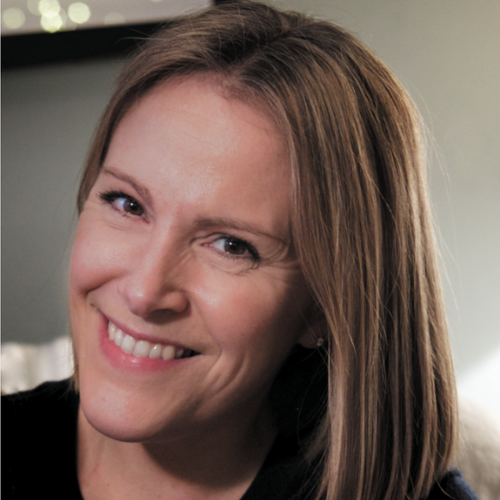 Catherine Smith is the co-founder and Chair of the John Smith Centre. She is an advocate practicing in Scotland. She studied History and Law at the University of Glasgow gaining an MA (Hons) and LLB and later gained her Diploma in Legal Practice at Strathclyde University. As an advocate she is an ad hoc Advocate Depute and a Standing Junior for the Advocate General, as well as regularly representing people injured at work. Prior to becoming an advocate she worked in the law in Scotland and Australia, and internationally on conflict resolution and democracy building for the London based NGO LINKS, working particularly in the countries of the former Soviet Union. Catherine is involved in numerous activities promoting the rule of law and human rights in the UK and in developing democracies. She is a co-founder and now Vice Chair of JUSTICE Scotland, the Scottish representation of the UK organisation promoting justice and the rule of law. She is on the board of the John Smith Trust which runs programmes in good governance for emerging international leaders. Catherine is John Smith‘s youngest daughter. 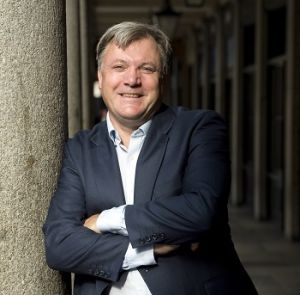 Ed Balls is a broadcaster, writer and economist. He is a Research Fellow at the Harvard Kennedy School and Visiting Professor at King’s College London, co-Chair of the UK Holocaust Memorial Foundation and Vice-President and former Chairman of Norwich City Football Club. His popular BBC TV series ‘Travels in Trumpland: with Ed Balls’ was broadcast in July 2018 and a second series ‘Travels in Euroland with Ed Balls’ aired on BBC 2 in January 2020. Ed has also presented the BBC TV series ‘What Britain Buys And Sells In A Day’ with Ade Adepitan and Cherry Healey which broadcast in October 2019. Ed was part of the core ITN Election night team in 2017 and 2019, and broadcasts regularly on BBC Radio 2 and BBC Radio 4. Ed, a former Member of Parliament, was UK Shadow Chancellor of the Exchequer (2011-2015) and served in the UK Cabinet as Secretary of State for Children, Schools and Families (2007-2010). He was the UK Minister for Financial Services (2006-2007) and the Chief Economic Adviser to the UK Treasury (1997-2004) during which time he was Chair of the IMFC Deputies and UK G20 Deputy. While Shadow Chancellor he was co-Chair with Larry Summers of the Center for American Progress Inclusive Prosperity Commission. Ed is married to Yvette Cooper MP. They have three children and live in London and Castleford. His interests include learning the piano, running, cooking, sailing and supporting Norwich City. Ed was a contestant on Strictly Come Dancing 2016 and was nominated for a Bafta for TV moment of the year in 2016 and as part of the ITN General Election team in 2017. In February 2019, Ed climbed Kilimanjaro with eight other well-known climbers, raising over £2m for Comic Relief. Ed’s book ‘Speaking Out: Lessons in Life and Politics’ is published by Penguin Random House and was a Sunday Times Top Ten bestseller. 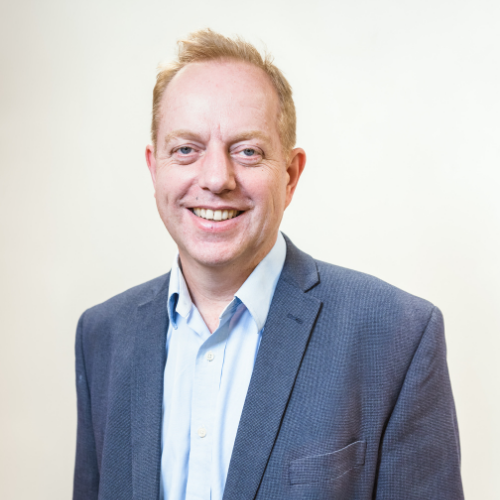 Matt Carter is founder of research and campaigns company, Message House. He has spent the last fifteen years advising businesses, CEOs and political leaders on campaign strategy and messaging, with a particular focus on corporate communications, reputation management, politics and polling. Previously he was UK CEO of international PR firm Burson-Marsteller where he helped clients to build effective global communications’ campaigns and supported senior business leaders with speech writing, media training and executive coaching. For eight years he was also Managing Director and then Chairman of Penn Schoen Berland, the global strategy and research firm, for which he established its EMEA office in 2006. Matt has also worked at the most senior level in politics as General Secretary of the Labour Party, overseeing political campaigns and organisation in the period running up to and including the 2005 General Election, which saw Tony Blair win a successful third term in office. Matt studied at the Universities of Sheffield and York and has a D.Phil in Political Philosophy. 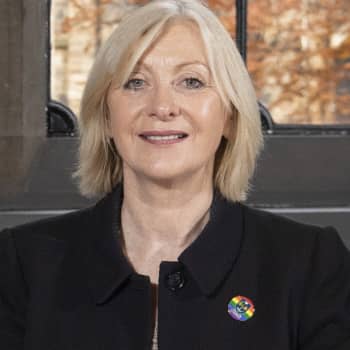 Professor Sara Carter is Vice-Principal and Head of the college of Social Sciences at the University of Glasgow. As Professor of Entrepreneurship, her work examines the effects of business ownership on households and the consequences of structural inequalities in resource access, particularly finance, on the SME sector. Sara holds a number of external appointments as a member of the Council of Economic Advisers to the First Minister of Scotland, the Enterprise & Skills Strategic Board, and the Women in Enterprise Action Group and as a Non-Executive Director of Women’s Enterprise Scotland. Previously, she served on the Leverhulme Trust Research Awards Advisory Committee. as editor of Entrepreneurship Theory & Practice, and as a member of the UK Government’s Women’s Enterprise Taskforce. She was awarded OBE for services to women’s enterprise in 2008. Prior to her appointment at the University of Glasgow, Sara was Associate Principal (Learning & Teaching) at the University of Strathclyde, and a former Head of the Hunter Centre for Entrepreneurship. 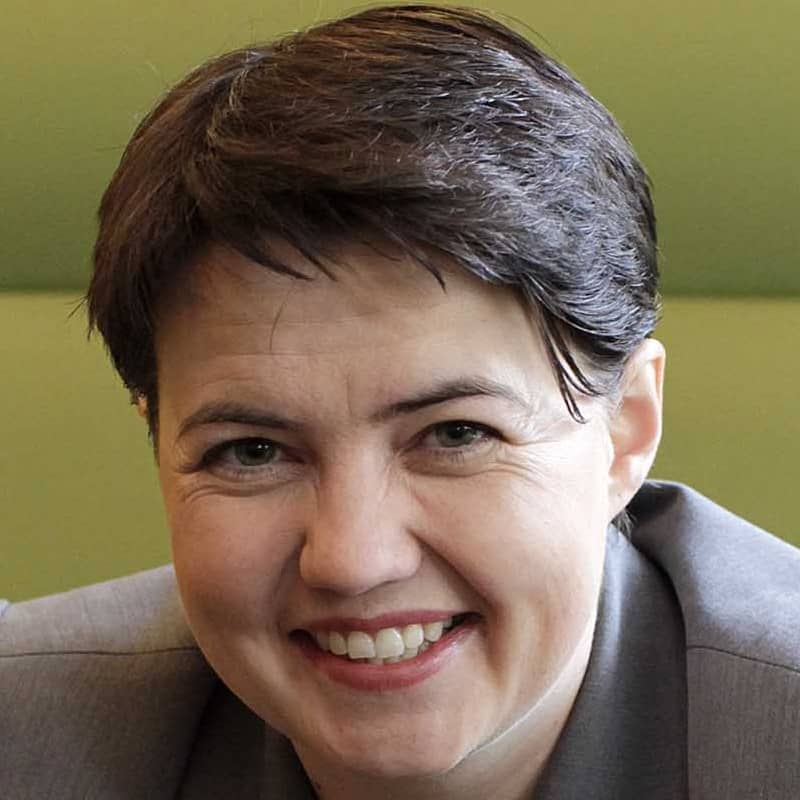 Ruth Davidson is a former leader of the Scottish Conservatives and a former MSP for Edinburgh Central. Before politics, Ruth worked in journalism for over a decade, first in newspapers, before moving to radio and television. The majority of her time was spent at the BBC working in news and current affairs as a presenter, reporter and documentary maker. Ruth became the youngest party leader in the UK when elected head of the Scottish Conservatives in 2011 at the age of 32. She went on to lead the party through seven national elections and two referendums in just under eight years. During that period, she led the party to its greatest result in Scotland at a general election for nearly 40 years and its best ever result at Holyrood. Ruth is engaged to her partner, Jen, and they live in Edinburgh with their son, Finn, and cocker spaniel, Wilson. 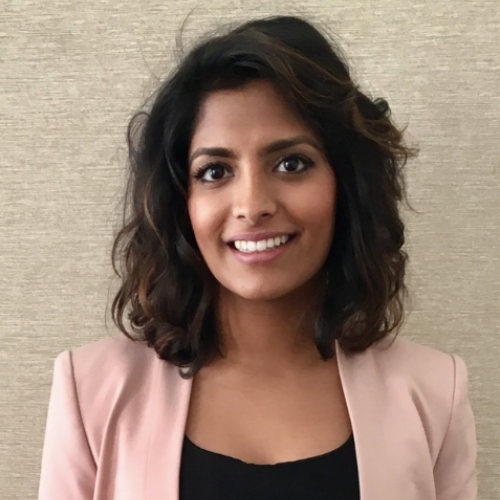 Resham Kotecha is a strategy and policy specialist and is currently the Head of Policy & Government Affairs, EMEA at Wise. As a former strategy consultant, Resham worked with senior leadership teams at blue chip tech companies such as Amazon, Facebook and Google. She has also been active in politics for the last decade. She stood as a candidate in the 2015 general election, where she was the Conservative Party’s youngest BME candidate, and also fought the 2017 election. Resham currently serves as the Head of Engagement for Women2Win – an organisation founded by the former Prime Minister, working to get more women elected to Parliament. Resham has written for publications and think tanks such as The Times, the Centre for Policy Studies and Huffington Post and regularly speaks at policy conferences. She is the founder of the Conservative Policy Network, designed to increase accessibility to policy-makers, and is a Trustee of the Fawcett Society, the UK’s leading charity campaigning for gender equality and women’s rights. She holds a Bachelor’s degree in Economics from Cambridge University and has been recognised as as a ‘Global Shaper’ by the World Economic Forum for political work in trying to achieve a more representative Parliament. 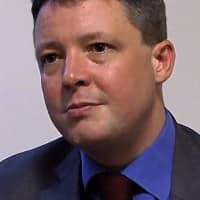 David Muir is the former Director of Strategy to Prime Minister Gordon Brown. During that time he advised the Prime Minister on a range of issues most noticeably the response to the global financial crisis. For 15 years he worked inside the global marketing services company WPP: first for Ogilvy in Europe and latterly working directly for the group CEO, Sir Martin Sorrell, working with him to expand the business by function and by territory. While working at WPP, David specialised in brand marketing and how brands can create real value for their owners. In 2005 he wrote the best selling book “The Business of Brands” which looked at how companies could create real shareholder value from brands. He then went on to develop a global brand valuation tool called the BrandZ Top 100. He has a first class degree in politics and economics from the University of Glasgow, an MBA with distinction from London Business School and has served as a visiting fellow of the Institute of Politics at Harvard University. He also serves on the advisory board of the Institute of Politics at the University of Chicago. David brings world-class public service practitioner speakers to the University of Glasgow through the David Muir Speaker Series. 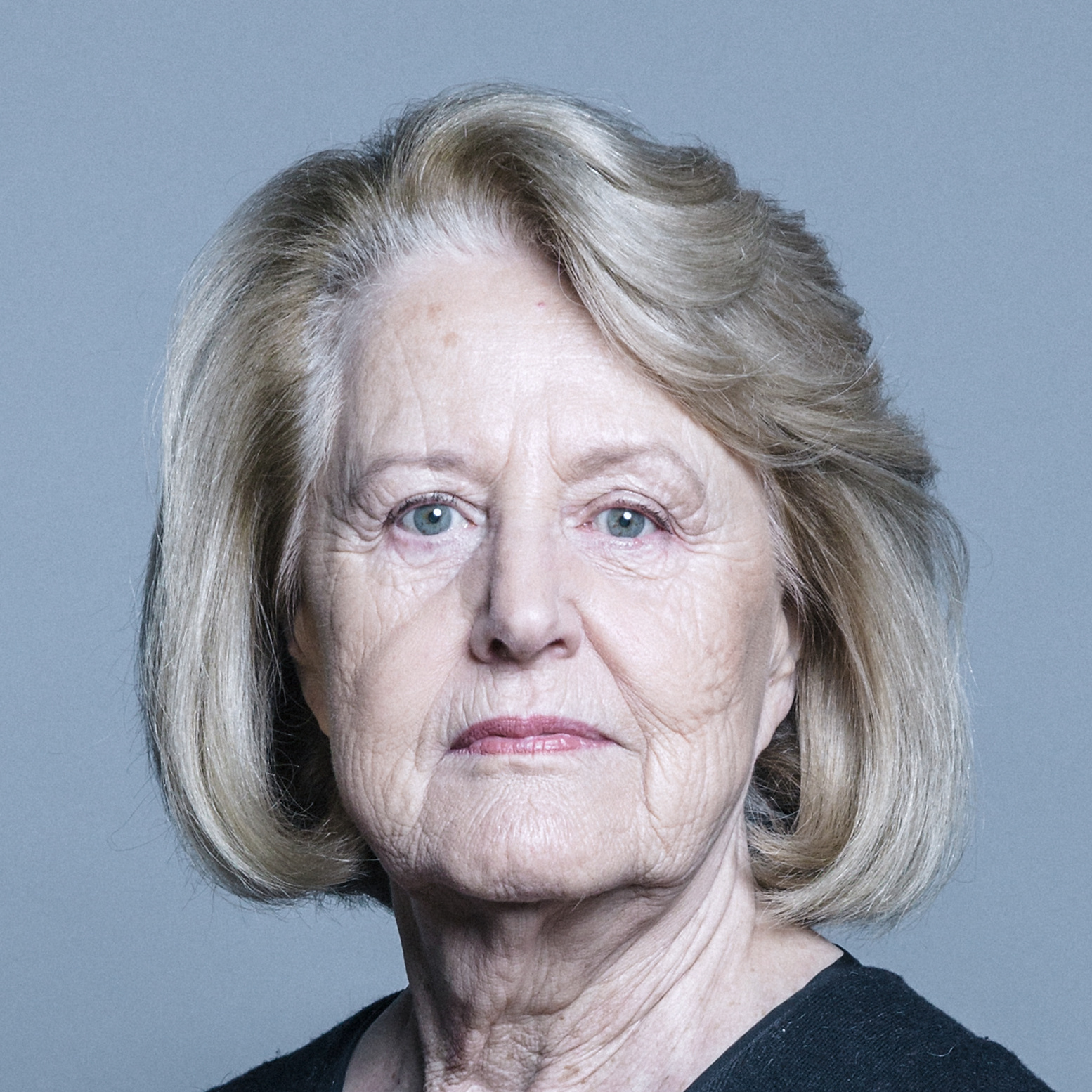 Elizabeth Smith was created a peer in 1995 following the death of her husband, Rt Hon John Smith M.P. who was the Leader of the Labour Party at the time of his early death at the age of 55. Elizabeth is a member of the board of several organisations with interests in Russia and FSU countries. She also has interests in culture and the arts and was past President of Scotland’s national opera company, Scottish Opera and was Chairman of the Edinburgh Festival Fringe for 16 years until 2014. Her other positions include being an Advisory Council Member of the Russo-British Chamber of Commerce; Vice Chairman of the All-Party Parliamentary Group for Russia; Governor of the English Speaking Union; Board Member of the Centre for European Reform and a Trustee of the Mariinsky Theatre Trust. She has three children, Sarah, Jane and Catherine. 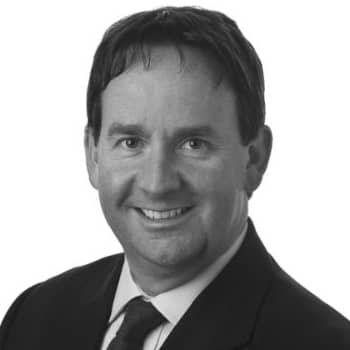 Founding Partner of Charlotte Street Partners, the strategic communications firm based in London and Edinburgh. Andrew began his career in the civil service in the Government Economic Service. He then worked as researcher and economist for the SNP and as a business economist at Royal Bank of Scotland. He was elected as a member of the first Scottish Parliament in 1999. There, he served as Shadow Minister for, variously: Finance, Economy, Transport and Lifelong Learning. In 2003, Andrew re-joined RBS working in a number of roles including as Deputy Chief Economist. During the banking crisis, he served as Head of Group Communications and was intimately involved in the bank’s high-profile engagement with the City, UK Government and media during those tumultuous times. In 2012, prior to the launch of Charlotte Street Partners, Andrew joined global marcomms group WPP Group in a client strategy role working with agencies and group across the full range of services including media and advertising. Andrew is a Board Member and Trustee of the John Smith Centre for Public Service, the Edinburgh International Culture Summit and of Sistema Scotland which is a social transformation charity. In March 2020 he was elected as a Fellow of the Royal Society of Edinburgh. In September 2016 he was appointed to chair the Sustainable Growth Commission, which reported to the First Minister in May 2018. He was also a member of the Independent Commission on Referendums based at UCL’s Constitution Unit, which reported in July 2018. He writes and broadcasts regularly.